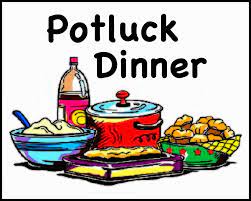 Calling All Non-sailors! And Sailors Too!
In an effort to keep things simple, we are planning a good old fashioned Minnesota Potluck get together! Join us Labor Day weekend on Sunday September 4th, 4:00pm. Bring your favorite Potluck recipe and a beverage and we'll have the grill going if you wish to throw your favorites "On the barbie".

Sailing School Successes
What a great summer, GLSS hosted 129 registrants!!! A big thank you to our Waterfront Manager, Ellie Murphy and her team Ethan Stohr, Baden Bastian and Hayden Regberg. You all did a wonderful job
​ 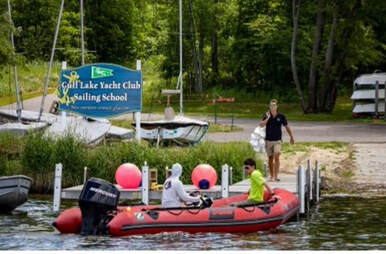 Sailors were out on the water and having fun in no time while learning a lot about boat safety too. The YMCA brought campers out every week, many were first time boaters!
We wish all of our sailors and instructors a great school year, even if it is with the books not the boats!
"The sailing camps and the partnership we have created were a success. There were more kids who participated from the Brainerd area, giving them a taste of sailing. I am very excited about the future of the Sailing School and other activities we hope to bring to GLSS."
Megan Balach Aquatics Director, Brainerd Family YMCA
Regatta Successes

Wow!! Our sailors have excelled across the nation in regattas all year!

Of Note:
Vince Driessen took 6th in the MC Scow Association Midwinter’s Championships! Vince took 12th in the MC Masters Championships on Gull.  After his dominant Fun Regatta win, he went on to take 4th place in the 93rd Western Michigan yachting association championship regatta bringing home some serious hardware!
The top four were all neck and neck down to the last mark! Way to go Vince!
High School Team sailor, Teagan Hartwig – Burton crewed for Lake Eustis, Florida sailor, Eric Hood in the MC Masters Championships on Gull  taking 8th.  She went on to sail with Hood in the MC Invite at White Bear Yacht Club taking 11th and was at Lake Geneva with Hood for last weekend’s ILYA Inland.
While top sailor, Katie Arvesen’s racing has been interrupted by new grand-parenting honors and PRO responsibilities, she too sailed last weekend with husband Chuck and our very own Ellie Murphy at the ILYA. Both Teagan and Ellie were able to join E Scows crewing over the weekend as well! High School Team sailors 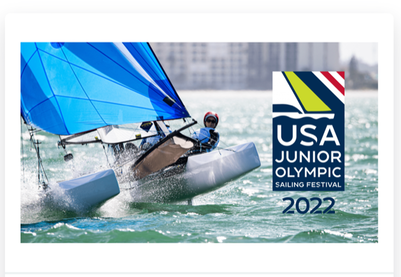 Open Doors
GLSS hosted the family of GLSS caretaker, sailor and one of a kind great guy, Jimmy Rauth on August 6th  for a Celebration of Life. It was a beautiful day and chance to remember the special person Jimmy was to so many of us. Thanks to the Rauth and Anderson Families for designating some of the memorial funds to GLSS in Jimmy’s memory.

Left - Jimmy Rauth, Right - Kevin Krippner, Chuck Arvesen, Chris Warren, Dave Anderson, John Rauth and Chuck Driessen share a toast to the one and only! Here's to you Jimmy Rauth!
Be a proud supporter of all this sailing and fun on the water!
​Make a donation to GLSS today!
DONATE TODAY

​We hope you soak up these last days of summer and join us at GLSS Sept 4th!

From the ILYA's Scowlines Publication:

MC Masters at Gull Lake
Congratulations to Grand Master Bill Draheim from Rush Creek YC who traveled north to Gull Lake to take it to his northern competitors by posting a 1-1-1-1-1-5, easily outpacing his closest competition Stu Oltragge. Storms marred an otherwise perfect weekend on Friday, but all had a blast (check out our guest commentator's report below).

How fitting to arrive and hear yet another generation of Gull Lake coming into the world. We met your generous-of-heart members when you hosted the X boat ILYA and not one thing has changed. You welcome us with such warmth, such generosity all the while making it appear you are enjoying this as much as we are. Old friends with open arms, new faces – you are all the most outstanding hosts any fleet could ever want.

All those young “kids” back in the X boat days have grown to be launchers, markset and signal boats, food and bar mavens. What an example you set as their elders but what an example they are to all of us who watch them volunteer on all tasks. It is clear they all love and enjoy each other whether working or playing. Your club is, indeed, so special. That does not come without great senior leadership.

In particular, thank Dr. Dunphy who persisted and was so gracious to all of us on race committee. The gate boat who launched and then rushed out. Same with markset.
The photo, video and drone crew; Smiling bartenders; Your niece the chef – simply wonderful! Betsy and Mrs. Dunphy who welcomed us all with such warmth and hospitality. The funniest Driessen on two feet at the entry point – a joke and smile for each one of us. Drink coolers manned by every Gull Lake person who walked by a cooler. The lovely gardening family who made sure you were picturesque.
ALL YOUR MEMBERS who treated us like we were Gull Lake Family – we sure feel as though we are.

Did you see us in the news?

Check out this fun Brainerd Dispatch article and video about the MC Masters!

https://www.brainerddispatch.com/news/local/gull-lake-sailing-school-to-host-multi-day-national-championship-regatta
Great job Masters Committee and all the amazing volunteers!!! 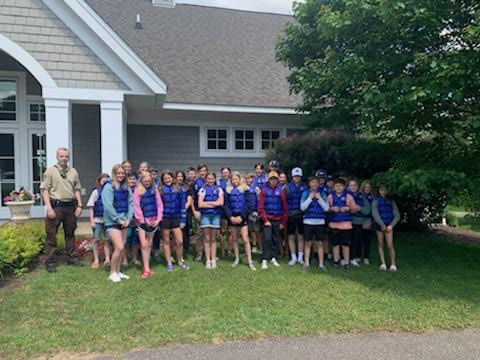 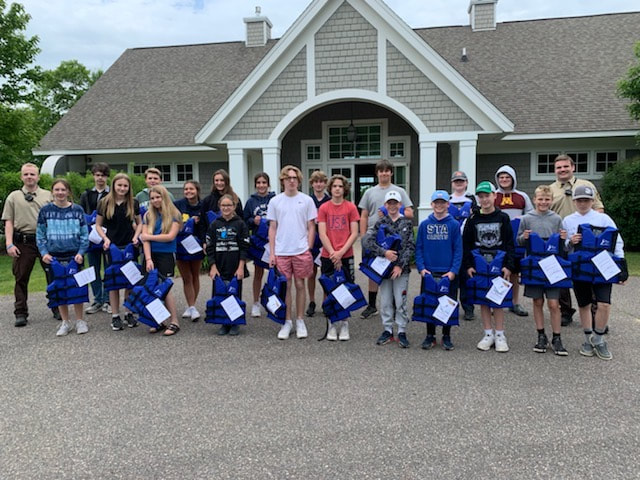 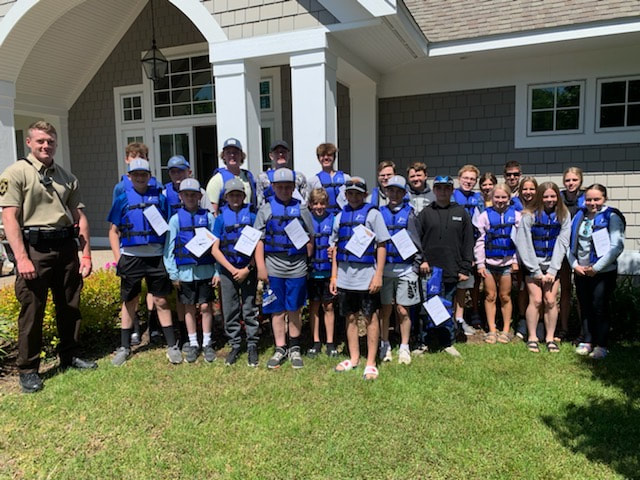 ​Thanks to these sponsors there is no cost for the classes and thanks to Zorbaz for pizza!

state of the lakes area and opening party! 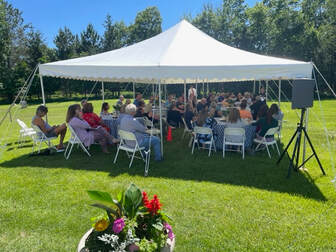 The YMCA is one of the most respected organizations worldwide. This partnership brings their programming expertise and Gull Lake Sailing School’s stunning waterfront property, facility, sailing knowledge and history together.

So, what does this mean?


​
“It has been a delight to work with the YMCA the past 18 months. We know this partnership will add a lot of value to both organizations and will be able to tap into the full potential GLSS and GLYC envisioned when the new facility was built.” Stated GLSS Co-President Mary Jetland.

YMCA CEO, Shane Riffle added, “Everything that we can do to support kids and families is important to what we do at the Y as we work to ‘Strengthen the Foundation of our Community’. Partnerships like this allow for more access and opportunities to change lives. It truly amplifies what we might otherwise do individually. We are excited to be the new neighbor on Gull Lake. Our goal is to be vibrant and unobtrusive!”

GLSS neighbor Joe Mucha was pleased to hear about the partnership and stated, “The Y is a excellent organization. It is a partnership the original founders of the Gull Lake Yacht Club would be proud of.”

We cannot think of a better way to celebrate the 75th year of sailing on Gull Lake.

LOTS OF FUN WAYS TO VOLUNTEER!

Email us at GLYC.com to find out where you can help us out!
Read More News Here
LEARN TO SAIL
Tired of the house? Too much screen time? There has never been a better time to learn to sail! Check out our class schedules and Covid-19 safety policies for safe sailing at GLSS. Lucky participants will be able to hit the lake and leave their troubles behind!  Have your own boat? Contact us to set up private lessons.

​Scholarships are available for to students through the Thomas Schmid Memorial Fund and the Brainerd Lakes Area Community Foundation's Charles McQuinn Memorial Fund. Tom was a lifelong, avid sailor whose family had fond memories of camping and sailing at the Annual Fun Regatta. Charles learned to sail on Gull Lake and was an avid supporter and past Commodore of Gull Lake Yacht Club.

MAKE A DIFFERENCE - DONATE TODAY!
DONATE HERE to support our youth sailing programs, boat safety and high school racing team. We are making a difference, you can too!​
We ask that if you are able to at this time, that you make a donation to Gull Lake Sailing School. Our ongoing expenses continue including, insurance, property taxes, dock installation, utilities, and most importantly our wonderful instructors. What better place to be than on the water!
BOATS AND LIFTS ARE ALWAYS A WELCOME DONATION! ​email [email protected] if you have a boat or lift to donate.

​LIFE JACKET DRIVE
Have you been cleaning during quarantine? Donate new, lightly used or outgrown life jackets to GLSS. We would like to offer life jackets to our students or others in need. Please drop life jackets off under the porch.